I barely slept last night in Scobey, which was absolutely not the motel’s fault. I woke up around 4:00, read for a bit, and then dozed till 6:30. The room had a microwave, so I was able to make coffee, my last cup of the Mexican stuff!

I was packed and on the road by about 7:38. It was only 14 miles to the border, so I took it slow, about 40MPH, even though the speed limit was 70MPH (there was no one else on the road and I was still going a legal speed!). I got to the border exactly as it opened.

The customs officer was pleasant in taking my declaration, but based on how much he was writing, I knew I was in for it. Scobey is not a busy crossing, so I was probably going to be the most interesting crosser they’d get today and I paid for it. Like the Americans, they emptied the entire truck. Unlike the Americans, they did the work themselves. And unlike the Americans, they went through everything. I couldn’t see much from my vantage point, but I’d been asked to leave my purse and I saw them rifling through the receipts in my wallet; that’s how in depth their search was.

I was absolutely mellow about all this. I mean, I had made a truthful declaration and had absolutely nothing to hide. I wasn’t too happy to see them rooting around in my dirty laundry, but, hey, imagine how they felt!

Finally, I saw one of the guards pull out a piece of paper and take it to his supervisor. I knew exactly what it was. If that’s all they were worried about, I was in the clear. The guard came to me and said that he found what appeared to be a receipt for a 1TB hard drive shipped to me in South Dakota from California and had I included it in my declaration? I explained that it was a warranty return for a hard drive that crapped out in Mexico, that I had it sent to SD because UPS doesn’t come to Haven, that I have the paper trail on my computer, etc. The guard seemed to find that logical and then asked me why I have so many hard drives. I explained that I live in an RV and have pretty much digitized my life, so I have movies, books, pictures, and business backups on them.

The guard appeared to find all of that reasonable and moments later I was told they were both satisfied and I could go. And then guess what? THEY REPACKED MY TRUCK FOR ME.

I was there just shy of 40 minutes. Since they did all the work, it really wasn’t painful and I’d consider that a non-event of a border crossing. I do wish I had been as well packed by this point as I was when I crossed back into the US because I had a lot of loose items!

Both Google and my GPS refuse to route me from Willow Bunch to Haven via the gravel road, so they both put my travel time as double what it really is, claiming I was two hours from Haven at the border when it was actually just one hour. The paved roads were really bad and made me think I was back in Quebec! It was a real obstacle course! I was glad to hit the last 18KM stretch on perfectly graded gravel.

Before I knew it, I could see the green roof of C&C’s garage and then the blue roof of my shed. The property needs a really good mowing and still has trash that Charles had said he’d get rid of (he’s been busy!), but otherwise it looked good.

I’d left them my house key, so I entered through the cab. The first thing that hit me was just how fresh Miranda smelled. It was really surprising! I came in and found no dust worth mentioning, no evidence that mice feasted on the poison I left out, no signs of mould or water infiltration, and only an inordinate number of dead bees.

Satisfied with Miranda’s condition, I went out and removed the tarp that covered her all winter, then opened all the windows and roof hatches. I should point out here that it’s hot and sunny in southern Saskatchewan!

Next, I went to check out the water hydrant and was happy that it had been turned on for me as promised. I was going to start on laundry when I realised that I’d left my grainery key with C&C and that they weren’t home.

So I decided to start on the next most pressing issue, Miranda having settled over the winter and no longer being level. Her starting battery was dead and I didn’t feel like waiting for it to charge, so I just gave her a boost from Moya and her engine cranked right over! Good old V-10, doesn’t even care about the stale fuel! Getting level was a bit of sport, but the whole thing amused me. How many people leave their home for the better part of a year and the first thing they have to do is start its engine and move it around?!

Once I was level, I hooked up to power. My batteries are still in C&C’s garage, but I really don’t need them now that I have shore power, so moving those heavy suckers will be a task for another day (as will emptying C&C’s basement of the stuff I stored there!). With the power on, I was able to start the fridge.

By the time all this was done, I saw Caroline’s school bus was parked in front of the house, so I went over just in time for coffee break! We caught up on each other’s news and I went through my mail. There was nothing major except for a very overdue bill for gravel that I forgot would be incoming since I had sent payment for its shipment. I hope they will be understanding. Needless to say, I will send a cheque promptly, a letter of explanation and apology, and an offer to send me an invoice for interest!

Caroline and Charles are super busy retirees and I had tons of stuff to do myself, so I didn’t stay long. As it turns out, our May long weekend doesn’t coincide with that of the US, so today wasn’t a holiday Monday after all. So I decided that I might as well go to town and pick up propane and groceries.

Before I did that, I got my water hoses hooked up to the hydrant and by the time I was nearly done, two more neighbours came by to welcome me back and catch up on the winter’s happening. What a lovely community I have!

The road to Assiniboia was also terrible and very good for practicing my reflexes! Propane was crazy expensive, $38 for 29 pounds!!!! Groceries were also terrible. I spent $80 and came out with almost nothing. As an example of the culture shock I felt, a watermelon that is 0.65CAD in Mexico and 1.20CAD in the US is 3.99CAD here. I was pleased to see that the grocery store is being expanded, that the produce that was there was better than anything I’d ever seen there (but they were out of onions!), and that they are starting to carry more international foods (like haloumi, halva, and thin pita; be still my beating heart!). I still don’t want to shop there again this summer for anything substantial and look forward to a Moose Jaw trip, if only for meat. Oh, and the non-alcoholic beer I discovered last summer was almost half off today and, I’m happy to report, is still as good as the real stuff!

The fridge and freezer were surprisingly cold when I got in. I put away the food and got started on laundry. I have almost zero water pressure, so I didn’t waste any time, filling the motorhome holding tank in between loads. I have tons of laundry to do because I discovered in Keystone that I picked up a mouse along the way and a lot of my bedding is mousy. Yuck!

When the RV was full of water, it was time to test my water system. And this is where I got bad news. I was able, after a lot of work, to get my water heater to fire, but I discovered have a bad leak in my hot water system. I can see it, but I can’t get to it to work on it. I knew this was going to happen at some point, having recognized since day one that I’d be screwed the day that I had to work on the water heater since the only way to do so is to literally cut a hole in the exterior wall to pull it out.

My only hope at this point is self-sealing silicone tape, so I’ll pick up a roll next time I’m in town and see if I can seal the leak with that. What’s leaking is a shut off valve, but there is literally no room to work to cut it out so that I can replace it with a new one. I’ll have to think about whether I know anyone with a smaller frame and much smaller hands who knows plumbing. My friend Croft has had similar issues. It sucks to have the technical competency to do something, but to not have the room to work!

So I have a tank full of hot water, but no shower tonight. I’m glad that’s the worst of it!

Somewhere in all of this, I got my booster and antenna set up so I could have internet. The signal I’m getting is worse than last summer, so I really do need to make a better antenna installation a priority. My office is partially set up now and I plan to be back at work Thursday.

I’m waiting for the last load of laundry for today to be done, then I’m calling it a day and will start to work on supper. I wonder how my bed is going to feel!

17 thoughts on “Scobey to Haven and Rediscovering Miranda” 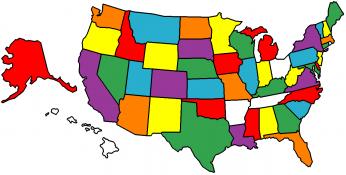