Yesterday marked the five-year anniversary of my first coming into Mexico, not counting super short border hops in 2007 and 2013. I have spent fully three and a half of those five years in Mexico, a year total in Mazatlán and two and a half years here in Mérida. Five years is all it took to go from being a bright-eyed tourist with no idea what adventures lay ahead to a seasoned resident building a new life. I’ve been thinking of all of the ways in which Mexico has changed me, some comical, some profound. Here are just three that greatly affect my daily life here and have made the adjustment that much easier.

In November 2014, I was pulling Spanish out of my brain that had been lying dormant for nearly fifteen years. I could barely understand anyone, my Andalusian accent was too strong for Mexicans, and my vocabulary was lacking. Today, I’m fluent and I’ve made major progress in areas that I’ve focused on. I still have so much work to do, but I live my life here in Spanish without much frustration and watching Spanish-language shows can happen even when I’m brain dead.

This could be its own post, it covers so much. I’ve discovered so many new flavours — pozole, mole, relleno negro, al pastor, achiote, epazote, guava, tajín, chamoy…

But most exciting, I’m no longer afraid of spicy food! I don’t think I’ll ever be someone who eats chiles just to see how hot she can go, but I can actually taste the flavour of the chiles now and appreciate different ones in different dishes. I add dried, roasted chiles de arból to curries and make salsas with both jalapeños and serrano peppers. I still don’t cook with habaneros, but I do add habanero sauce, in moderation, to my food. I don’t particularly enjoy the sensation of eating spicy food, but I appreciate the flavour of the peppers, so the streaming eyes and nose and cough no longer seem pointless. I have days now where I have spicy food at every meal and snack because that’s just what I happen to have ready to consume. So I’m not afraid of anything at restaurants anymore and have a much broader range of options. When I was in Maz, I got tired of the local food quickly and it was only by starting to incorporate a little more spice that I got over that boredom. It’s the same thing here. Anyone who says Yucatecan food is bland isn’t putting salsa on it.

I’ve also discovered new tools, like the tortilla press and the molcajete. 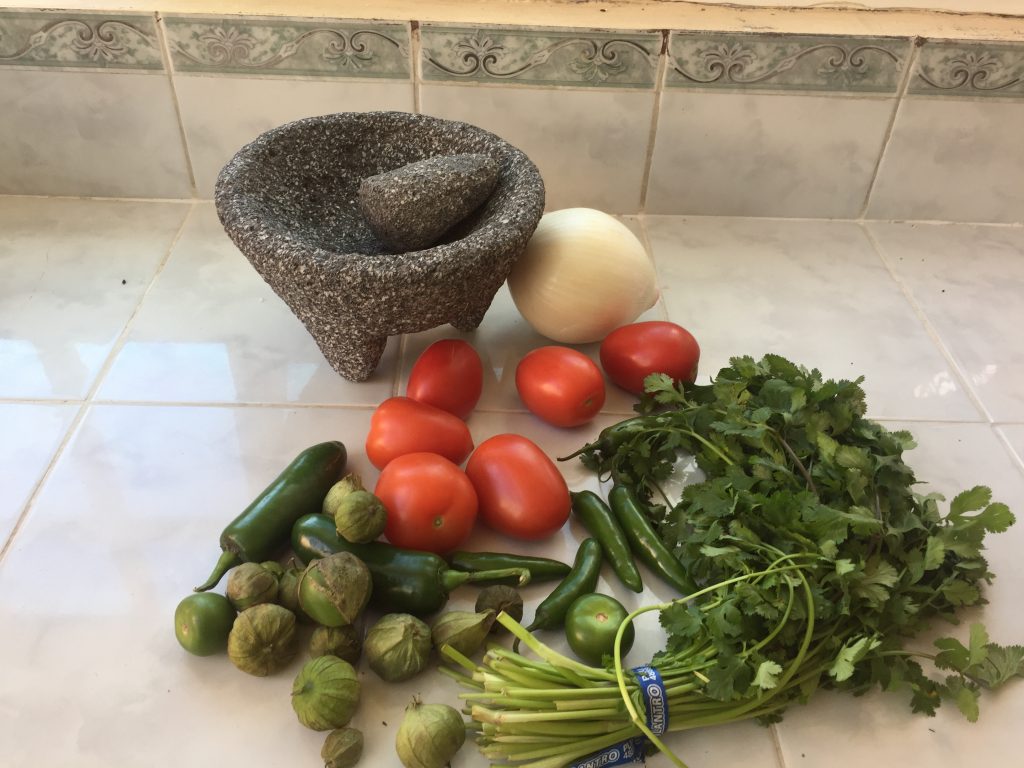 Living in the 21st Century

Canada is so far behind most of the rest of the world in its attitude towards internet access. Here, access to the internet is seen as some important and work is being done to get the whole country connected at affordable prices. There is actual competition here. My landline internet cost goes up a little every year, but the increase in service I get far outweighs a few extra pesos a month. My mobile package hasn’t changed in price, but it keeps giving me more. All of that reliable and affordable connectivity has made it possible for me to grow my business and to look increasingly professional. There’s nothing like a client in London, UK, asking when would be a good time to set up a Skype call and being able to tell him that I can just ring him on my landline phone directly, at no extra cost beyond my monthly bill! I also have access to so many other services that I’d have to live in an unaffordable Canadian city to have connectivity to use them, like Netflix and Uber. For the first time since I got online at 6PM on November 23rd, 1996, the internet is just there when I need it. Even when I lived in large cities in Canada, I was still fighting constantly for reliable service at the speeds I paid for. The energy I’m not expending to fight for this access is certainly being redirected to other areas of my life!

I was so lost after I landed at Haven in 2013, knowing deep down, even if I wasn’t ready to say it out loud, that my RVing days were done. It’s mind-boggling to me that it was only a year and a half later that I came to know Mexico and only about a year and a half after that that I set forth a new path for my future. In the last five years, I managed to spend most of the first half of that time in Mazatlán and Europe and the other half fully here, settling into my new life. People who haven’t followed my whole journey are dismayed by how mundane my life appears to be, how work and income-focused it is, how I prefer quiet domestic pleasures like nights in with my dog over a weekend getaway. Folks, I’m tired and I need time to digest the happenings of the last decade, a quarter of my life so far. But I’m looking ahead in a way that became more and more difficult in Canada. I know I’ll be right here in two years. In five? Who knows, but I wouldn’t be surprised if I’m still in Mexico, if not Mérida. Because nomad is as nomad does. 🙂 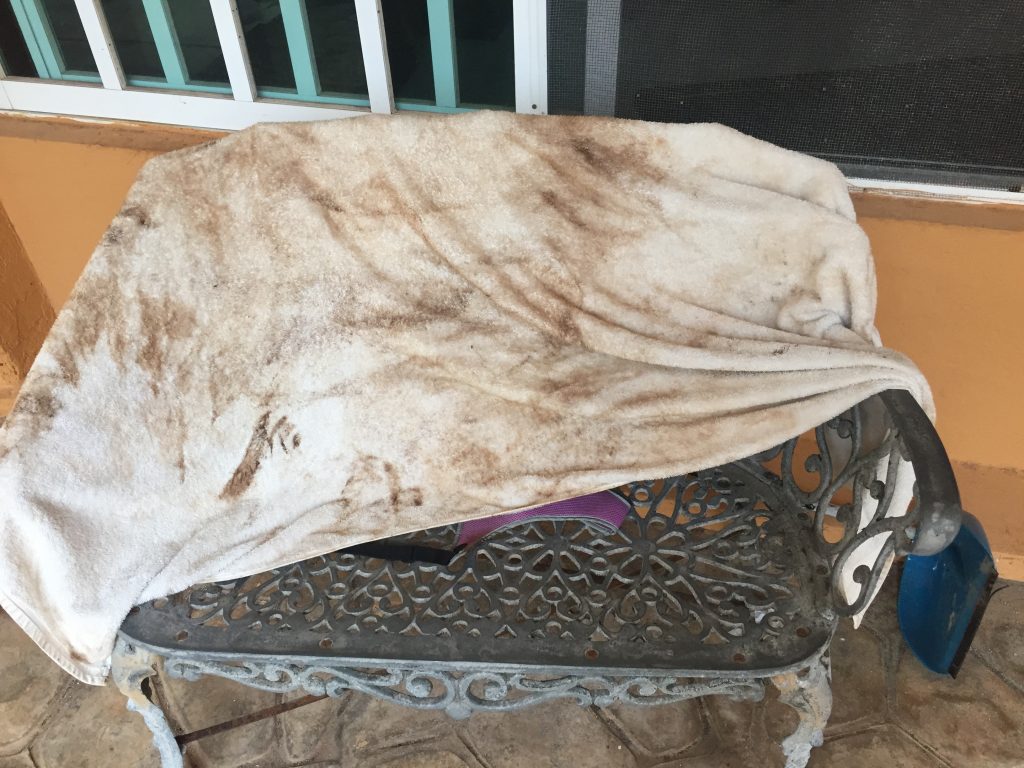 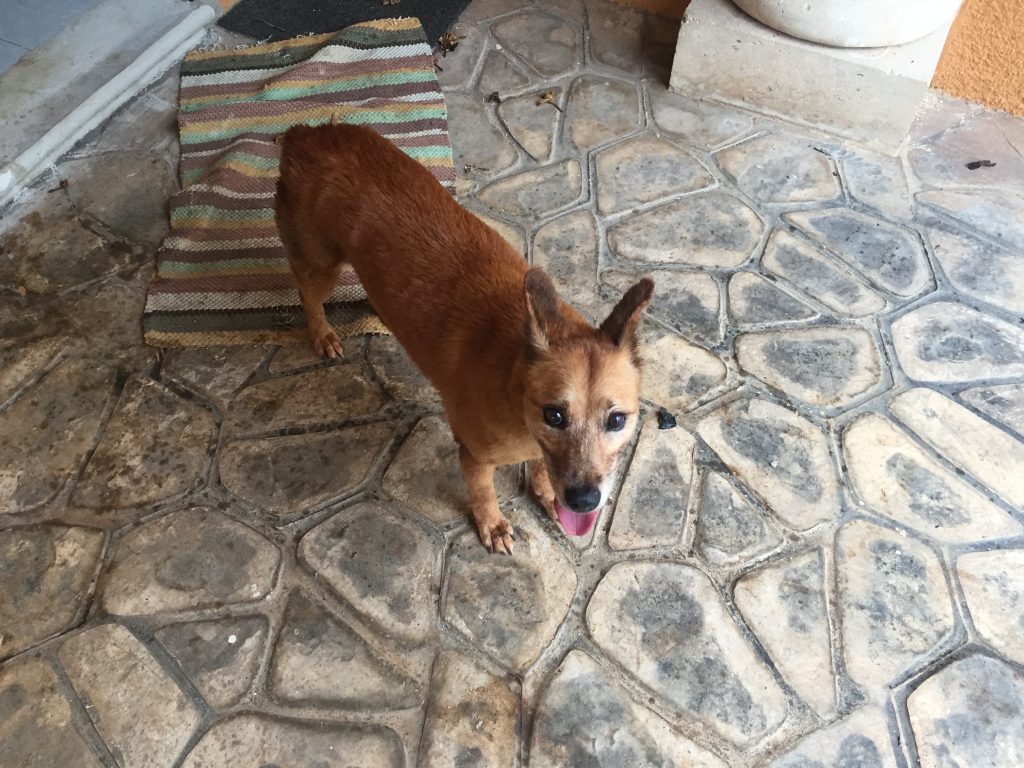 Most beautiful and lovely dog on the planet.